Do you wish your social media feeds had more WordPress knowledge and fewer pictures of cats from high school classmates you haven’t seen in 15 years?

Whether you’re a WordPress freelancer/agency, a WordPress developer, or just generally interested in learning more about WordPress, following these people on Twitter will fill your feed with a cornucopia of WordPress goodness. 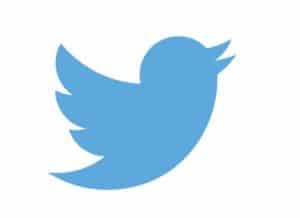 Here are the best WordPress gurus to follow on social media, in no particular order.

Ok, this one is a bit obvious. But we can’t exactly leave Matt off this list…

Chris Lema is one of the most well-known WordPress personalities. He runs a popular blog where he talks about a variety of WordPress topics, with an emphasis on specific applications like eCommerce or membership sites.

Beyond that, he’s also the VP of Product at Liquid Web, a well-known hosting company that recently moved into the managed WordPress hosting space.

Follow if you’re into…WordPress in general, with an emphasis on the business side.

Matt wears a lot of hats in the WordPress space. He’s the founder of the popular Matt Report podcast, as well as a YouTube vlog.

He also runs a digital agency, Slocum Studio, a theme shop, Slocum Themes, and a plugin, the Conductor plugin. And if that isn’t diverse enough, his day job is an Account Executive at Pagely, the popular managed WordPress host.

Long story short, Matt can bring a lot of different perspectives to bear on WordPress.

Follow if you’re into… the business side of WordPress.

If you’re into WordPress, I can guarantee that you’ve bumped into part of Syed Balkhi’s WordPress empire at some point.

First off, he’s the main guy behind WPBeginner (you know – that site that shows up for every WordPress search query).

Beyond that, he’s also part of IsItWP, WPForms, OptinMonster, MonsterInsights, and a lot more. And oh yeah, he also started a fund to invest in WordPress businesses.

So if you’re a WordPress freelancer who wants to be more successful at what you do, Carrie is a great follow.

Sarah is a journalist at WP Tavern, the popular WordPress news site. She’s a great follow if you want to learn more about what goes on with WordPress behind the scenes.

Tom McFarlin is one of the better-known names in WordPress development. Beyond his own blog where he shares lots of development tips, Tom works with clients as Pressware.

Bob Dunn is the man behind the eponymous BobWP site and the Do the Woo podcast. Bob focuses almost exclusively on WordPress eCommerce, so he’s a great follow if you’re running a WooCommerce store.

Mark is a WordPress lead developer who also does freelance project work on the side. Because he’s working directly on the core, he has more insight into the tech side of WordPress than most people.

Follow if you’re into…dissecting WordPress in tons of interesting ways.

Morten is one of the most well-known names in the WordPress space. If you’re not familiar, he’s the senior instructor at Lynda/LinkedIn Learning. In that capacity, he’s published a ton of different WordPress courses and he’s also a regular speaker at WordCamps.

Ionut is the founder or co-founder of several different WordPress businesses including ThemeIsle, CodeinWP, and others. He’s pretty honest with what he shares and covers both the ups and downs of running a business.

Follow if you’re into…WordPress performance optimization and other technical subjects.

In addition to his role as the CMO at Kinsta, a popular managed WordPress host, Brian also runs the Woorkup blog where he posts a ton of in-depth WordPress tutorials. And oh yeah, he also has two WordPress products – Perfmatters and WP Coupons.

Joshua is the co-founder and CEO of Pagely, the oldest managed WordPress host in existence. Joshua/Pagely’s focus on enterprise customers is especially helpful if you run a business that’s trying to move “up market” (rather than competing based on price).

Siobhan works at Human Made, one of the biggest WordPress agencies out there. Previously, she was at WPMU DEV and she also wrote a book about remote work called A Life Lived Remotely.

Bill Erickson is a freelance WordPress developer who, in addition to building websites for clients, also shares a lot of developer tutorials on his blog.

Carl is the co-founder of Rocket Genius and Gravity Forms. He doesn’t only tweet about WordPress, but you can find plenty of very candid thoughts on WordPress.

Tammie is involved with Design Operations at Automattic, and she’s also a WordPress core contributor. Because she’s part of both WordPress.com and WordPress.org, she can bring insights on both.

Follow if you’re into…building a WordPress business or WordPress development.

Bryce is a former Automattic engineer who left to form his own WooCommerce analytics/reporting/marketing tool called Metorik. Follow him to learn more about both development and building a WordPress business.

Elliot is the guy behind Advanced Custom Fields, which is a plugin that casual WordPress users might not know, but every single developer has heard of (and probably used at some point).

Mika’s day job is as a WordPress support specialist at Dreamhost, but she seems to pop up all over the place in WordPress discussions, as well.

Brian is the man behind Post Status, a popular community for WordPress professionals. If you’re any type of freelancer or agency working with WordPress, he’s a good follow.

Brad is the founder and CEO of Delicious Brains, a WordPress company that makes a number of developer-focused products including WP Migrate DB.

Like a lot of the people on this list, Jeff has his hands in a few different areas of WordPress. He co-authored the Digging Into WordPress book (and DigWP, the website). Beyond that, he also runs Perishable Press and has some courses at Lynda.com.

Shawn is most notably the founder of the popular WP101 videos, which help people learn about WordPress and popular plugins. WP101 also offers a service that lets WordPress developers and agencies white-label the videos, so he has plenty of insights on that side, too.

Follow if you’re into…WordPress development or the business of WordPress.

Brad is a co-founder of WebDevStudios, a WordPress design and development agency. He’s also the co-author of the Professional WordPress: Design and Development book.

Lisa Sabin-Wilson is also a co-founder of WebDevStudios. She also wrote the WordPress For Dummies book (part of the popular “For Dummies” franchise).

Ahmad is a core contributor who’s always tweeting about something related to WordPress development.

Follow if you’re into…WordPress development or the business of WordPress.

Claire is a freelance WordPress developer/designer at A Bright Clear Web who also writes about WordPress.

Finally, not to toot our own horn, there’s Brad Morrison, who’s the founder here at GoWP. Follow him to learn more about what it takes to offer white-labeled WordPress support and maintenance plans for the world’s most popular content management system.

If you love getting your WordPress fix on social media, don’t stop at following individuals on Twitter! There are also a ton of great WordPress Facebook groups that can help you get more from WordPress, no matter what your knowledge level is.

Here are some of the best options:

Found anyone else who’s a great follow? Let us know about them in the comments!

Join thousands of web professionals and get our agency growth and WordPress articles delivered to your inbox.